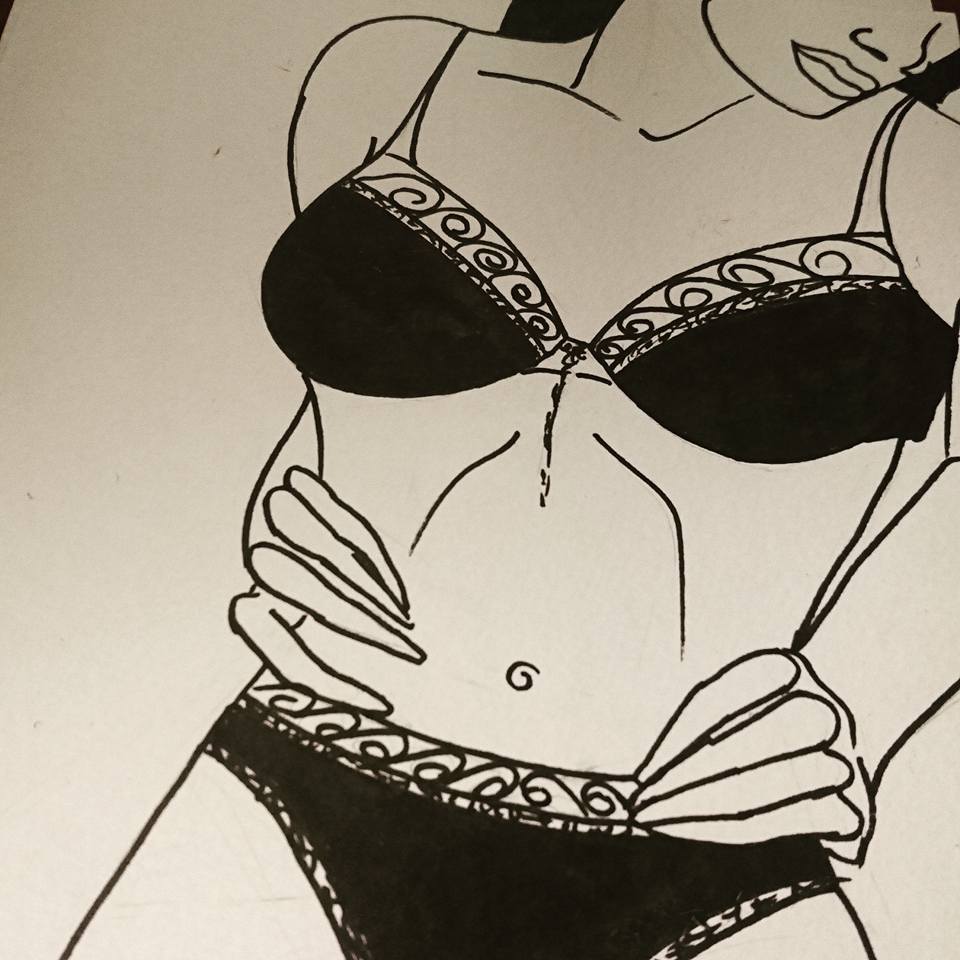 This month’s flashfiction deserves a little intro. The prompt was to write a FF based on a song. After a lot of consideration I choose «Strip no more» by Lukas Graham.

The story is sort of an extension of the song, that’s why I decided to post the whole lyrics here:

I met this girl, I think she likes me
I must admit I like her too
She said she’d be working tonight
I said cool I’ll drop by and she looked at me, smiled, and said: That’s great, baby
When I showed up, I was confused

I met your friends, I think they like me
(They like me) Ooh!
But they don’t do it like you do
They told me you were graduated, why didn’t you say it?
That’s so cool
I’m just so proud you made it through

I was at table three, b.y.o.b. and
Destiny sat next to me
She asked me if I liked her dance
I told her «I’m your biggest fan»
Then she took me by the hand, and turned this boy into a man
Inside a private room, I hope you understand
I was like uh uh (uh uh)
She made me go wee hee (wee hee)
She made me go uh uh uuuh (uh uh uuuh)
Now I’m not mad that you don’t want me
I’m just stuck here wondering
I wanna know

  «Destiny, what a pleasure!» The Director  smirked at her. The young woman, whose real name was Cassy, ignored the slight, crossed the room and dropped a piece of jewellery on his desk.

«This is it, Sir», she informed him and turned, ready to leave as quickly as possible.

«Wait, how did it go? You need to tell me everything», yelled the Director at her back. Cassy turned, putting her hands on her hips she said: «You see how it went. I got the data. No details required.» The devilish grin returned on the man’s thin lips. «I want a full report now. Please have a seat, my dear.»

Cassy felt a wave of hot anger wash through her body. He was putting her on the spot and he knew it. «Can I go and change first?», she asked and pulled the long coat a bit tighter around her body.

«I’m afraid there is no time for that.» He got off his chair and stepped up to her. «May I help you out of this?», he breathed, uncomfortably close to her. Seeing no easy way out, Cassy turned and let him help her out of the garment. Since she wore only see through panties, a corset with a plunging neckline and lots of glitter, it wasn’t a surprise that she felt naked. She quickly crossed the room and sat cross-legged in the chair, her arms folded in front of her. The Director seated himself behind his desk. He made a show of letting his gaze slither over her whole appearance. Cassy had to fight the urge to shudder. To focus on something else than his hungry stare she started to recount the happenings of the last night:

«Our information was correct. The target arrived at the club one hour after midnight. He was accompanied by three members of his organization and five bodyguards. We had another agent working undercover as a waitress. She steered their interest in the direction of the stage where I was dancing. It didn’t take long for him to wave me over. I was instructed to go there alone. Otherwise the risk that the target would chose somebody else for his … ah … pleasure was too high. I studied his taste long enough to know how to move and what to do. The organisation has a strict hierarchy so after I raised his interest, nobody else dared to touch me. The trick was, to get him to leave his men and follow me into a private room.»

«And how did you do that?» Cassy shot the director a hard glance. The son of a bitch was enjoying every second of this. She leaned forward on the table and whispered in a conspiratorial tone: «I told him, he could do that thing to me.»
«What thing?», the Director asked eagerly. «The thing that involves toes and tongues. I could show you, but then again, you could end up dead, if you’re not used to it», she smiled impishly. The Director paled visibly and shrugged: «No, that’s alright. Continue, please.»

Cassy sat back and placed her hands on her upper tights. «He didn’t hesitate, of course and followed me. Once I had him in the room I did the thing. It’s actually quite enjoyable, if you can wrap your head around it - and if you are the one providing the toes. You don’t want to be on the other end, trust me.  Afterwards I had him on his knees anyways, so I knocked him out and stole the locket.»

«How did you get past the guards?», the Director wondered out loud. «Well I just strolled out of the room, winked at them and headed in the direction of the backstage area.» «And that’s it?», the Director asked. «That’s it. Have the data analyzed. I’m sure that Tech will be able to pull enough hard evidence from it, to put the whole organization behind bars.»

Cassy stared menacingly at him, daring him to squeeze some more details out of her. But eventually he was the one who looked away. «Ok. Then there is only one matter left», he sighed.

«What about the boy?»

«He is not a boy anymore», she said,  got up, took her coat  and finally walked out the office.